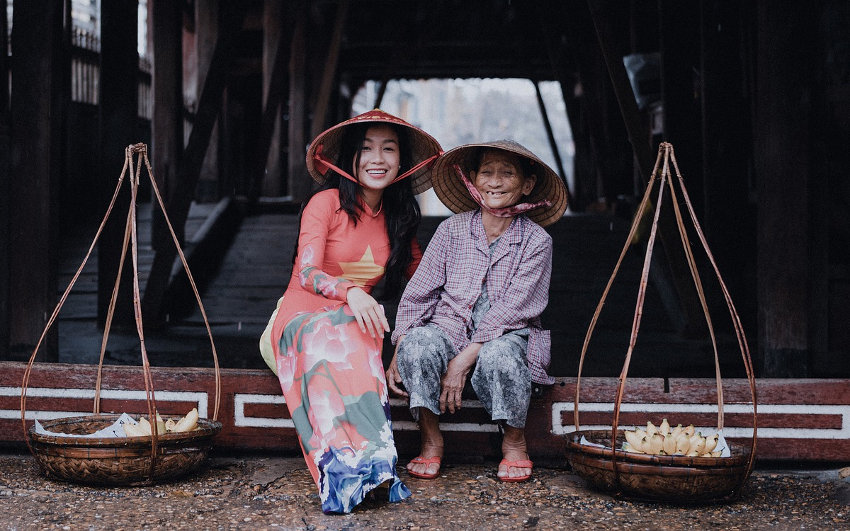 Culture can be defined as the collaborative programing of mind of people that distinguishes the members of one group from those of others. Cultural core is fashioned by values that are shaped by factors such as religion, history and education. Core cultural values are learned in childhood and continue to persist with the individual for a long time in their life. Research has shown that the national culture can significantly influence workplace values across the entire country and can have a huge influence on the economy and new business startups. The influence is particularly significant with regards to the different ethnic groups in a nation and to evaluate and carry out studies for entrepreneurial purpose for both the ethnic minorities and the immigrants residing in the area.

Cultural difference can be different for the different countries and a comparison can only help us identify the diversity that exists of one culture from another. Vietnamese culture can have a unique touch to it that may enable one to determine the beautiful tradition associated with this country.

Vietnamese culture follows Confucian philosophy and ideology which states guidelines for social interaction that are fundamental for social order in society. This set of ideology urges the individuals to adapt to the collective approach and control personal desires and emotions. This philosophy also urges an individual to avoid conflict and maintain harmony by restraining one’s own personal interests. This also signifies the value and importance of family and how families and the whole society should override their personal interests.
Some cultural norms

Respecting family members and the unit

One of the cultural norm that these people have is they enjoy cheap beers made out of no preservatives and people enjoy their festivities by sitting together and can be seen to enjoy as large groups who relish food, talking, drinking and eating together. One unique beer that can be found among Vietnamese people is snake wine which literally consists of a whole snake or scorpion in the bottle or rice wine and people drink by pouring out from it. This snake wine is quiet popular in Vietnam and as much as one may find it creepy and sordid they may have to get accustomed to viewing Vietnamese people enjoy such cultural norms.

Another cultural behavior observed in the Vietnamese people and can be observed when one goes to visit the country is munching food loudly to show your joy over eating good food while belching cannot go unnoticed for such individuals either. As much as the western world has maintained the norm of eating quietly, the Vietnamese people are much opposite for their habits of eating and consider it a good habit to eat loudly in public places. Another feature while eating food can be noticed that they use sticks and spoons and one may not be able to catch how they can slurp the noodles and food with just the sticks and spoon without the use of proper culinary items that include the forks and knives.

However, this does not mean that all the Vietnamese eat like this or there are no restaurants where one can enjoy a decent meal. The country is famous for its street style foods while the modern day restaurants serving different cuisines and food can also be located where one relocating to Vietnam can find the meal of their choice and enjoy in a relaxed cozy manner without interferences.

Another thing that can be actively seen on the streets of Vietnam is bikes of all kinds ranging from scooters to electric bikes that are fun and enjoyment for the people. With this may be associated traffic on the streets which can be quite frustrating sometimes and may show unruly riding and driving around the city streets. You won’t see people follow any traffic regulations or may see blank expressions on peoples face if they are asked of the traffic rules that show they make their own rules of riding thus making one miss their homeland if they had enjoyed the traffic rules for long time.

Some other cultural norms

Breaking the queues, enjoying the naps after lunch and loud speakers on street can become a norm as well. You may seem to find queuing and loud speaking annoying initially but as the time passes one can find their ears become accustomed to these loud noises and breaking the queues which may be frustrating if you have been disciplined since childhood to not to break lines as this may fall as bad manners for some.

Some evidence suggests that the traditions and cultures may changes for people over time. Especially the younger generation is found to be more observant as well as rational in realizing the importance of progressing forward which may require to break certain habits that have been consistent for many years in the past and are potentially at a verge for changes in management values. The younger generation thus may embrace the changes and act more independently. More common changes have appeared in the traditional economic empowerment of men which seem to decline as a result of females contributing major share in the household income thus reducing the autonomy of men.

The values have begun to change for the better or maybe due to the cultural variety and immigrants relocating to this country have created an economic pressure which is helplessly but bracingly allowing the changes to take place in the country.