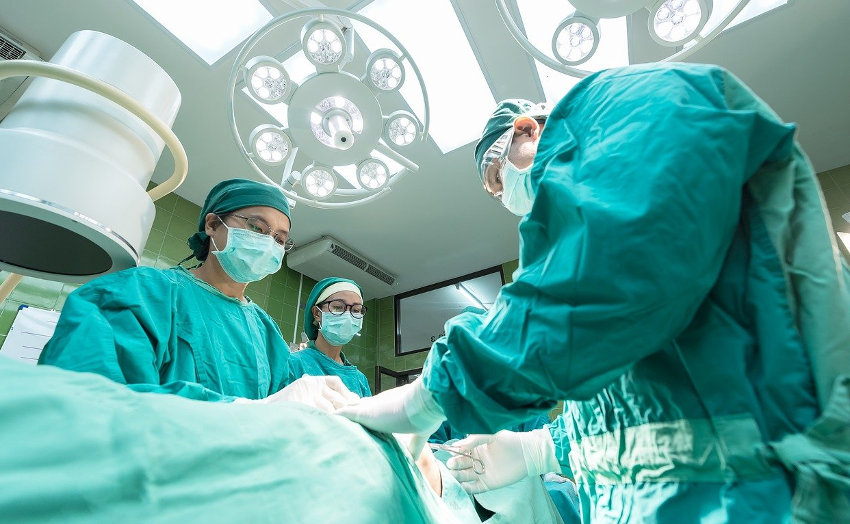 An adequate delivery of health services depends entirely on hospitals of a country and the efficacy involved in the delivery of the services to provide adequate healthcare facilities to all citizens. Vietnam has continued its struggle to plan and manage challenges in the healthcare department to somehow replace weak management and to decrease the long waiting periods involved while maintaining the quality and safety for proper patient satisfaction and keep the hospitals to continue to perform optimally. Hospitals in Vietnam can be divided into those of public and private hospitals. Public hospitals play a significant role as they are necessary to keep the healthcare services available with constant efficiency in the various departments for maintaining a smooth flow and integrity of the healthcare system. Reformation autonomy was started in 1990s that allowed the hospitals to charge the users for fee that again created barrier for those to take advantage from these resources because of poor financial conditions.

Vietnam can strengthen its hospital facilities and healthcare departments if the government is able to effectively manage the finances in health sector and invest appropriately down to the grassroots level to decrease the overcrowding of the hospitals while at the same time is able to accommodate the patients in a systematic manner for effective and efficient provision of services.

1. Hospitals and Doctors in Vietnam

In 1990s money from the healthcare sector was taken away for building of basic infrastructure that had weakened the conditions of hospitals at that time leaving the hospitals in bad shape. The subsidized amount that was allotted for some hospitals was not more than 90000$ a year with shortage of instruments and needle equipment being reused among patients while the monthly salary of government Doctors was only 25$ a month which they had supplement by selling of drugs or abandoning their career to aim for better opportunities in other fields. This has resulted in slightly increased prices for its tenants even for less severe issues.

2. Views on western medicine in Vietnam

In 1992 a work published by Laura Uba had stated that the Vietnamese may have distrust on western medicine which was a general misconception and seemed to appear as a lack of understanding of procedures and methods required to diagnose and treat the disease.

This was in particular common among the patients of orthodox believes which established their perception that every procedure in medicine is meant to cure the patient and thus reducing their credibility on the diagnostic tools of western medicine when they did not seem to notice improvement in their health after having undergone a diagnostic procedure. Other common superstitious believes associated with the disease included the fears associated with immunizations, injections and venipuncture performed that was believed to hurt the soul and therefore would redirect large population of traditional Vietnamese families to consult the traditional medicine expert.

3. Prescriptions and pharmacies in Vietnam

Foreign prescriptions are of no importance in Vietnam and one requires visiting a local doctor to have the prescription remade. The country also does not contain a proper system for the check and balance of the drugs that are available over the counter and usually require prescription in the western countries of the world. Though the pharmacies are majorly distributed in the urban areas, these pharmacies still lack some western drug that are either banned for use or are short of supply.

The healthcare costing in Vietnam is comparatively lower compared to the other developing countries of South East Asia. A kidney transplant in Vietnam can be of 9000$ which is much less compared to the many developed and progressively developing countries. In 2014, Vietnam was granted a fund of 106 million dollars to help the nation buildup their healthcare system and improve the services and overcome the shortage of instruments so that more number of people can facilitate from the healthcare services provided in different urban as well as rural areas.

Luckily the private hospitals in Vietnam are more in line to the competitive healthcare standards which are a good service for expats residing in the land. Private hospitals in Vietnam can be expensive for the inhabitants if they have to consult specialists as major lot of doctors working here have attained graduate or post graduate studies from countries like Korea, Japan and France.

Furthermore, the staff is trained and can communicate in a much better way to people belonging to different cultures living in the area. International health insurance policies are followed by some private setups as well for providing the basic treatment to the patients. While the prices that may seem to be relatively higher for consulting a specialist such as a dentist or a dermatologist are still lower compared to other developed countries.

There was a master plan launched in 2012 to target the provision of healthcare services to majority of people and was aimed to provide the services to at least 70% people by 2015 which was further aimed to increase the number to 80% in 2020. Having suffered from its past and striving hard to seek an identity among the major developing nations of the world, Vietnamese government has concentrated in the recent years to improve the healthcare setups, improve the domestic market for drugs and pharmaceuticals and increase the pays of healthcare professionals especially Doctors to keep the Doctors motivated to continue and pursue professional advancement in Vietnam.

7. Crowding in hospitals and issue of lack of resources

The country is 16th most populous nation in the world that rooted together with shortage of equipment at hospitals and lack of proper services has led to overcrowding even in the best of hospitals of some of the major cities. The demand to improve the healthcare is significantly greater than the available resources.

Furthermore, the medical staff and Doctors are also less in number compared to the daily inflow of patients received at these hospitals. Even the beds are often not available and a report mentions of how non availability of beds and sharing among children affected with measles led to death of some 120 children in 2014. This incidence let the health ministry to end the sharing of bed among the patients though non availability of beds has led to sharing of beds among patients till date.

8. Traveling outside country for treatment

Expats relocated in Vietnam can have private international health insurances available as well to allow them to move outside the country for checkups and advanced procedures such as chemotherapy, radiotherapy, heart surgery, cosmetic surgery to be performed which may not be as established in the healthcare system of Vietnam causing the possible efflux of expats to go out of country to have the required medical treatment performed.

Being a developing country where poverty is still widely prevalent, Vietnam includes a possible infectious risk for diseases like hepatitis A and hepatitis B, Zika virus, corona virus, malaria and dengue which are a constant struggle of the healthcare departments to control and deal with local epidemics for better delivery of care, immunization and symptomatic treatment for these diseases.