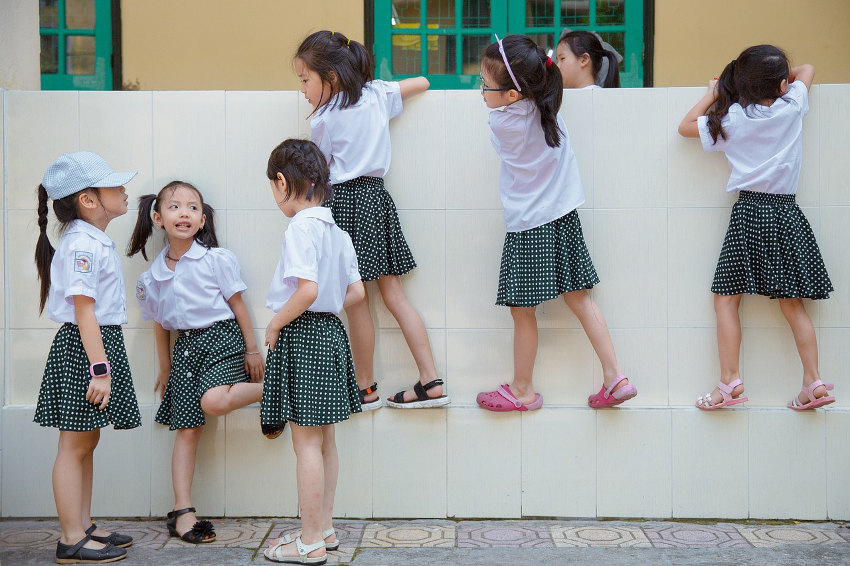 Education in Vietnam is run by ministry of education and training and is divided at five basic levels. These levels include preschool, primary school, secondary school, high school and higher school. The basic education consists of 12 years of which 5 years are spent in primary education; 4 years are spent in intermediate education and 3 years in secondary education. In the late 1980s, constitutional promises had ensured education availability to be made free for all so that all citizens can take advantage from. Yet the country is still struggling with regards to the education system to further improve its quality.

Currently international standard of education has carved its way in to the Vietnamese society and Hanoi as well as Ho Chi Minh has many international standard schools established for providing quality education. The country has gained pride to be among the 27 cities of the world for its city of Ho Chi Minh that has more than 50 English medium schools of international standards. They also developed global broadcast as a result of their ability to merge 4 of their international schools with Nord Anglia education that is one of the leading operators for international schools. At present the country has improved the education system which further holds the potential to absorb changes and modifications over time that can not only help improve the country’s literacy rate but also may contribute significantly in the progress of the nation as a whole. Here is 5 important facts for schooling kids in Vietnam :

1. From traditional education to changes

Education has continued to modify in an orthodox fashion which consisted of general education initially for 10 years and was later modified to changes for 12 years of education. Among these 9 years were considered compulsory while the last 3 years were dedicated to secondary education after which they would rather consider training in skills that would be utilized for skilled labor. It was estimated in 2000 that almost 92 percent of children were enrolled in the schools while one third would leave schooling to aid in family support and leave education because of tuition costs and cost associated with books uniforms and additional requirements.

2. Variation of schooling in rural and urban areas

The elementary schools consider timings for education between 7 am to 1 pm while white dresses are maintained for the school girls and boys. There had been initially huge variation of quality of education in the rural and urban areas with certain schools in the rural area without even containing window panes to keep children protected in strictly hot weathers.

Mekong delta that is mostly known for its flooding and typhoons caused the education system to be significantly affected in these areas with children studying in flooded classrooms. Vietnam has gone a huge way and has reconsidered repeatedly to reduce this enrollment gap as well as difference of quality of education between the rural and urban regions. It also led to an increase in the enrollment in secondary education for the children to rise from 69.5% to 92% over a period of 12 years.

3. Method and style of learning in Vietnam

In the traditional educational system, a teacher was reported to say that the children are expected to sit, keep quiet and listen to their teacher and are not allowed to carry out self-learning. However, much has changed after the communist period which led to some advancements and modifications. Middle class families in Vietnam also consider spending small amounts for piano lessons for their children which had allowed an 8 year old girl to win international piano competition in 2000. Vietnam has also begun collaboration with the Australian, British and American teachers to break the traditional norms and allow the students to emphasize the purpose of role learning as well as encourage them to think independently.

Lessons on ethics would also be included in these that would allow students to learn through rhymes, stories, pictures and games while citizenship education targets to teach students on social policies as well as review of existing laws and other socioeconomic policies.

Vocational schools have been greatly emphasized by the Vietnamese government and is concerned with the development of technical skills in the students. The middle class families generally consist of option to let their children join the various fields of medicine, culture, education as well as economics while the high cadre population would help their children to graduate from the regular universities.

In 1980s much of secondary school students failed to perform optimally in exams because of only 10% chances for all the applicants to get registered for higher learning. Furthermore, separate lessons are also available by the students especially to learn English as well as other foreign languages. Supplementary education is equally available for those who happen to end up their education and for not clearing the higher secondary education are provided the availability of special schools to raise the cultural level and to inculcate certain skills that can help them to get jobs.

The literacy rate is on a steady rise in Vietnam which in 1989 was reported to be 87.2% and saw a rise by 2015 to a good 94.5%. the results and recent advances had focused mainly in instilling the basic cognitive skills to increase their standard of education over time to come at par with the western system of education which can be achieved by continued struggle to improve the existing reforms and steps towards betterment may enable the government to develop some of the top quality education system in the world.